Tabitha Indonesia > News > Internasional > General election 2019: Who are the voters that can’t make up their minds?

General election 2019: Who are the voters that can’t make up their minds?

Will this election be decided by voters yet to make their mind up?

The 2017 election did not turn out the way anyone expected.

Support for Labour had steadily increased throughout the campaign.

In 2019, with just over a week to go, could undecided voters make a crucial difference at this late stage?

Is attachment to parties weakening?

It used to be the case that few people changed their minds during election campaigns. Most voters had a long-term stable psychological attachment to a political party and they voted for the same one, election after election.

This no longer seems to be the case. British Election Study data indicates that currently just 16% of Britons feel a very strong party identification. Compare this with the mid-1960s, when almost half of the UK population had a very strong party attachment.

In 2017, a significant number of voters changed their minds during the campaign itself – and the same may yet happen in 2019.

A recent YouGov poll estimates 13% of the electorate who intend to vote have yet to decide for whom. This group of voters is highly likely to switch parties from last time.

What about the Brexit effect?

Brexit may well play a part in how undecided voters make up their minds, because identification as leavers or remainers appears to have outstripped party allegiance.

The British Election Study suggests 50% of people across the UK strongly identify with one side of the debate, which Prof Sir John Curtice calls the emotional legacy of Brexit.

The extent to which this election is dominated by the issue of Brexit could have a substantial impact on the result.

In 2017, Labour managed to shift the debate from Brexit to austerity.

In the process, it picked up many votes in the latter half of the campaign from younger voters and women hostile to public-spending cuts.

The dominant news stories of the past few days of this campaign – and how the parties manage to direct and shape election coverage – could be critical in helping a significant chunk of the electorate make up their mind.

Whose vote could be up for grabs?

Generally, there is little difference between men and women’s electoral participation – but women are apparently more likely to be undecided voters than men.

Men and women turned up to vote in equal proportions.

But, like many of those who made up their mind later on in the campaign, more women than men voted Labour. 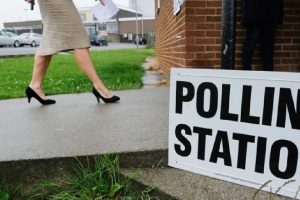